Last week, Jeon Gaeul made a historic step by transferring to the National Women’s Soccer League’s (NWSL) Western New York Flash. Jeon, a Korean women’s national team midfielder, made a splash at the 2015 World Cup in Canada with a scintillating goal in Korea’s group match against Costa Rica, seeing Korea deliriously advance to a record first Round of 16 appearance. With the move to New York, she becomes the first Korean female footballer to transfer to the North American leagues.

The 27 year old featured in every one of the Korean women’s national team’s games at the 2015 Women’s World Cup and notably scored a goal against Costa Rica in that Women’s World Cup, making the late run into the box from the wing expertly and finishing coolly with her head. She boasts 72 KWNT appearances, and has scored 34 goals in the KWNT shirt. In the WK League, she played for Incheon Red Angels, the dominant club in Korean women’s football, with 30 goals and 12 assists over 7 seasons.

Jeon is dubbed the “Female Hazard” because of her great technical ability, dribbling technique and her ability to show bursts of speed that trouble Korean and international opposition alike. To know more about Jeon’s transfer, how she will fit in the NWSL and for her new club, what she has to do to perform at a higher level and if she marks the beginning of a new road for Korean female footballers, I spoke to Hal Kaiser, a Women’s football expert, who is in the loop about the WK League and the NWSL.

Q: How big of a step up is the NWSL from the semi pro WK-League?

A: The WK-League has actually come quite far in its roughly 8 year history. The quality of soccer on display is not far off from the English FA-WSL in my view. That accounts for the national team reaching the second round in the Women’s World Cup in 2015.

That being side the WK-League shares something in common with the top leagues in Europe: there are a couple of dominant teams and then a huge drop off to the bottom teams. As a result, you get pushed the few times you play the other really good teams and can coast a bit against the bad teams. When I talk to international players in the NWSL, the thing they always say is that at the end of the each game they walk off the pitch completely exhausted. They say you can’t switch off for even a second in the NWSL. The gap between first and last is pretty slim quality wise, and you get pushed every single game.

Q: Interesting. So what does Jeon have to do then to be able to put in consistent performances against the parity that is established in the NWSL?

A: There is no question in my mind that Jeon has the technical skills to succeed in the NWSL, but the other element of the NWSL is pace and power. Europe, South America and Eastern Asia tend to be more technical than the NWSL. The league is much faster and the players tend to be faster. When international players come to the NWSL and fail, it is because they never adjust to that pace and power. Whether she does succeed or not will all depend on how she adjusts to the overall athleticism of the league, and if she does, it will make her an overall better player.

Q: Who are the Western New York Flash?

A: The Flash have been around since 2008. They play in Rochester, NY – not necessarily the most obvious place for a Korean player to go to. They were part of the WPS – the second pro women’s league in the United States which failed after 3 years – then played in WPSL (semi-pro) until NWSL was formed for the 2013 season. They’ve been home to some very well known players over the years: Marta, Abby Wambach, Carli Lloyd, Christine Sinclair and Alex Morgan to name a few.

Going in 2015 they embarked upon a rebuilding. Traded a lot of players including Carli Lloyd, while Abby Wambach decided not to play ahead of the World Cup, and they stocked up on draft picks and began a youth movement. That carried over into 2016 – their entire 2014 roster is gone. They have a lot of young talent but their most well known player is Sydney Leroux. They also have some solid international players in Australian forward Michelle Heyman, New Zealand captain Abby Erceg, Colombian Lady Andrade and Canadian GK Sabrina D’Angelo.

Q: It sounds like they have a lot of talent. So how does Jeon fit in to all this?

A: I talked with the Western New York Flash technical director, Charlie Naimo. He told me that last year the Flash played a very direct style of play. A lot of hoofing the ball up the field – not particularly attractive. That changed a bit late in the season, but it was still a bit of a mess at times. They’re looking to adjust styles to be a team that can play, possess the ball and be creative in the final third. Jeon comes in as a key piece of that; a technically skilled player who will mesh well with Andrade and Halimatu Ayinde to create more opportunities.

Q: In a press conference, Jeon called herself a “trailblazer” for Korean women’s players dreaming of reaching new heights, such as moving to the NWSL. Does her transfer really open new opportunities for more KWNT players to play professionally in the United States?

A: I know several players who have been eyeing a move to the NWSL. The barrier is that outside of Ji Soyun and now to a lesser extent Cho Sohyun and Jeon Gaeul, Korean players aren’t well known outside of Korea despite the talent. Especially in the NWSL, with international player limits and salary caps, taking a risk on players from a country that is kind of untested in the NWSL is a tough ask. If Jeon can succeed, it opens the door to other players.

Q: What could transfers to the NWSL mean for the Korean women’s national team?

A: Playing in the NWSL can only make Korean players better. That’s the next step in the development of the KWNT; getting more players overseas in general. No league will challenge a player and get them to grow like the NWSL. Long story short, if Jeon succeeds then I could easily see a few more Korean players in the NWSL in 2017. 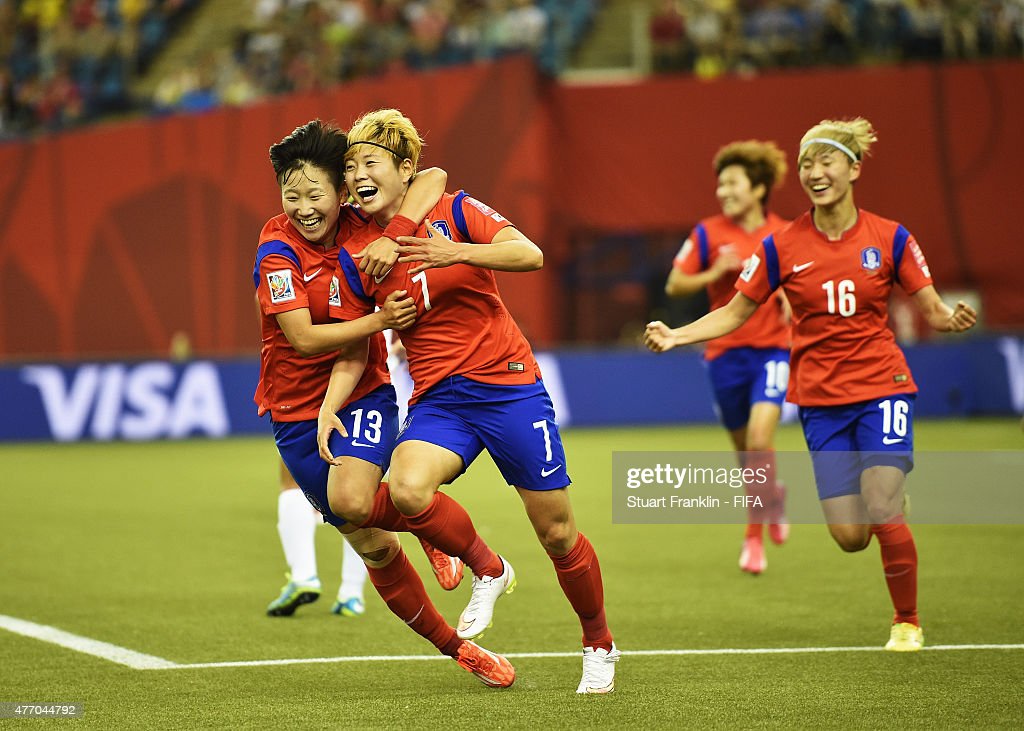 Hal Kaiser is a women’s football aficionado who covers the Houston Dash for keepernotes.com. He also follows the Korean women’s national team and can be found on Twitter @Hal_Kaiser.