We’re going to post on the Choi Yongsoo/Hwang Sunhong situation later, but here’s a post I tried to get out in the past week: my thoughts on the Martin Rennie sacking 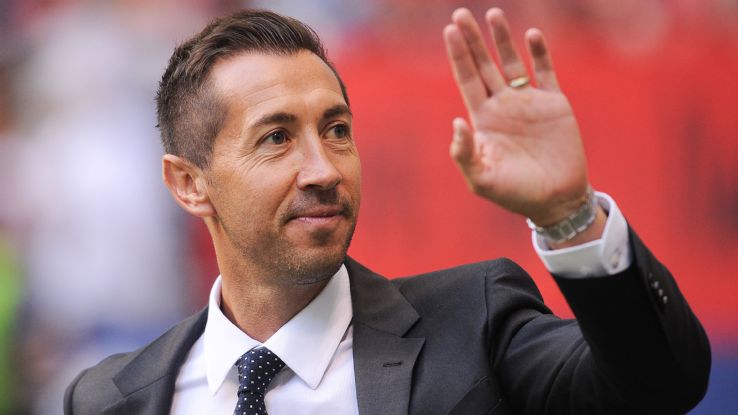 It was perhaps the most ambitious, audacious and interesting football project Korea had seen in quite some time. A brand new club, a foreign manager, players selected from open try-outs and given second chances. A new investor – E-Land Group – in an old stadium – Jamsil. The aim? To do things differently and prove it could work. The ultimate goal? Promotion, titles, and maybe even Asian success. But the project has derailed, and the plan has gone all wrong at one of the first hurdles. Former Vancouver Whitecaps manager Martin Rennie was sacked this past week, presumably taking Fitness Coach Dan Harris with him.

When E-Land Group first announced their intention to start a K League club early in 2014, they were saying everything that Korean football fans were dying to hear. A club with an emphasis on fan-friendliness, like the Seattle Sounders, but aiming for financial stability. Although this sounds like the basics, the truth is the existence of many Korean clubs are at the mercy of local governments (the “citizen clubs”) or simply owned by powerful corporations for not much profitable reason (the “chaebol clubs”). E-Land was a new player in this game. They’re no major company, but enough to provide investment – but they also had something to gain, with the accent on profit and name recognition.

They also exhibited great ambition, setting a long term goal of having a 10,000 average attendance in the K League Challenge and more should they be promoted. It was an audacious target in a condensed market (with FC Seoul already present north of the Han River), but Seoul E-Land seemed dead serious about getting there.

The hiring of former Vancouver Whitecaps manager Martin Rennie was the E-Land first and most signification manifestation of its seriousness and the appeal of the project. In many ways, Rennie seemed the perfect man for the job. The Scottish-born coach, who cut his teeth in the American football pyramid, had already spearheaded the birth of a new club. USL Second Division side Cleveland City Stars began play in 2007 and in just their first season had finished runners-up. Rennie, widely acclaimed for making the most of his resources and getting individuals and teams to play to their strengths, then went on to win the North American Soccer League (NASL) title with the Carolina Railhawks in 2010.

It was in fall of 2011 when the Vancouver Whitecaps turned to Rennie to bring the struggling, bottom-of-the-league Canadian west coast club back to relevance, and he made Lee Youngpyo his very first signing at manager of the club. And like he had done so many times, Rennie took a struggling club and turned it into something special, qualifying the team to the MLS Cup Playoffs – a first for any Canadian club (HAH, Toronto FC).

After being dismissed there at the end of the 2013 season, Rennie was approached by Seoul E-Land, thanks to Lee Youngpyo’s influence, to spearhead a footballing project that seemed poised for success. Their first signings were palpable proof of E-Land’s buying power – goalkeeper Kim Youngkwang and one-time World Cup midfielder Kim Jaesung both leaving comfortable places at their own clubs to play for E-Land. “I hesitated at first before making the decision. When I first met with the coach, I got a strong belief in promotion to the top-flight in a short period of time,” said Kim Jaesung. “All my teammates believe that there could be a chance of promotion within this year,” said Kim Youngkwang.

And their hope wasn’t wrongly founded. Sure, they had a rocky start – such was to be expected for a brand new club, naturally needing time to gel together – but after 9 rounds the brand new franchise was already in the top four. Trinidadian defender Carlyle Mitchell was impressing as was former Hibernians striker Tarabai, but it was the sensational story of defensive midfidler-turned-striker Joo Minkyu that gave E-Land great hope for promotion. Some, including myself, even called for him to be selected for the Korean national team.

From a public relations point of view, E-Land were the model club. Their graphics and presence on social media were spot on, and they made an effort to publish content both in Korean and in English. They recognized the cavernous nature of Jamsil Olympic Stadium and innovated – bringing in bleachers all around the pitch on the running track so as to bring fans closer to the game.

But as the summer sun was traded away for the autumn leaves, Joo Minkyu’s and Seoul E-Land’s magic dwindled, and a first round playoff exit at the hands of eventual promotion winners Suwon FC brought a disappointing end to what was initially such a promising season for E-Land.

It was abundantly clear that this season, it was fundamental that E-Land hit the ground running and imposed themselves at contenders for the title. Gangwon’s Jonatas Belusso was their main signing of the season, but E-Land were very much banking on the players remaining from last season to replicate good form. Unfortunately, for a variety of reasons, this hasn’t been the case. E-Land have only 8 points in their last 10 games, and have only scored 14 goals all season long – better only than the goal scoring tally of Goyang. Joo Minkyu is missing in action and criticism of the team’s formation and tactics have been mounting. For a chaebol club with the players they have, being bested by citizen clubs such as Gangwon, Bucheon and even losing 3-1 at home against lowly Chungju Hummel was simply not enough.

So, quite abruptly, it was over:

Where now for E-Land?
This had to be their breakout season. If promotion couldn’t be secured in the first year, it had to be guaranteed in the second. Obviously, this is not the case, as they sit in the bottom half of the table, and it would take a lot for them to challenge for the top places of the table as the halfway point of the season approaches. That being said, the job is the first vacancy of the new season and is still a relatively attractive one, with big names such as Sungkyungwan University manager Seol Kihyeon or KNT Assistant Manager Park Kunha being floated around as strong candidates position.

Promotion seems out of E-Land’s reach as far as this season is concerned, as they are going to need to take time to find their team identity and break out of this slump. After this, they can perhaps hope for the best, and hope that Gangwon, Bucheon, Ansan or Daegu relinquish their dominance so that they can compete for playoff position, but E-Land fans should be fearing the worst.

Is it the end of the E-Land project? I don’t think so, but that’s why it’s important for the club to find itself again. They need a reason to get fans back to the stadium and a spark in a dull first 16 games so far. If it does not and E-Land continue to slide down the table, E-Land Group might see little point in continuing to invest for so little return. And for a club who has thus far tried to do things differently and build a model club from the ground up, it would be a real shame to see them buckle at the first hurdle.

And Rennie?
You can maybe fault him for tactical shortcomings, and for the lack of results which created the situation for his sacking, but off the pitch, those who worked in the club and were close to the club will always say that he was a decent, hardworking, relatable manager. Numerous obstacles obviously get in the way of foreign managers coming to the K League and we can only hope his stay here would have been more successful. All the best to him in the future!